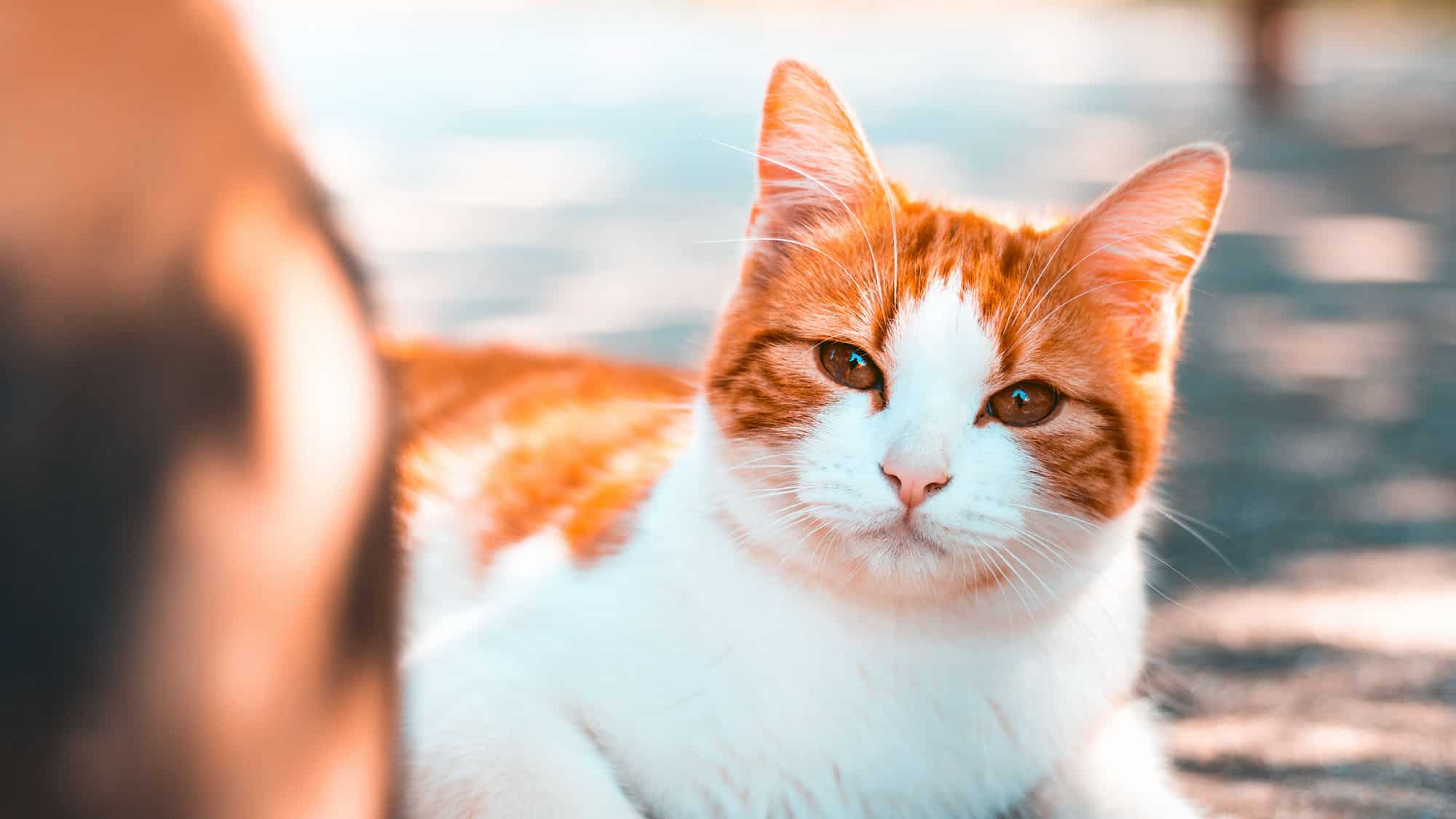 The Manx cats is a short-tailed or tailless cat known for its stubby appearance. The breed is small and energetic. Despite their appearance, they love to run.

The Manx cat personality is playful and affectionate. They form strong bonds with their owners and immediately take to large families. Though shy with strangers, they are quite loyal to their home.

Upon seeing the unique felines, many ask “where did Manx cats originate?” The answer to that is the Isle of Man. That is where they got their name and where they first came into contact with humans.

The breed has gone through many changes since that time. Though they began with only a few colors, they have since developed into a wide range, including the Black Manx Cat and the White Manx Cat. 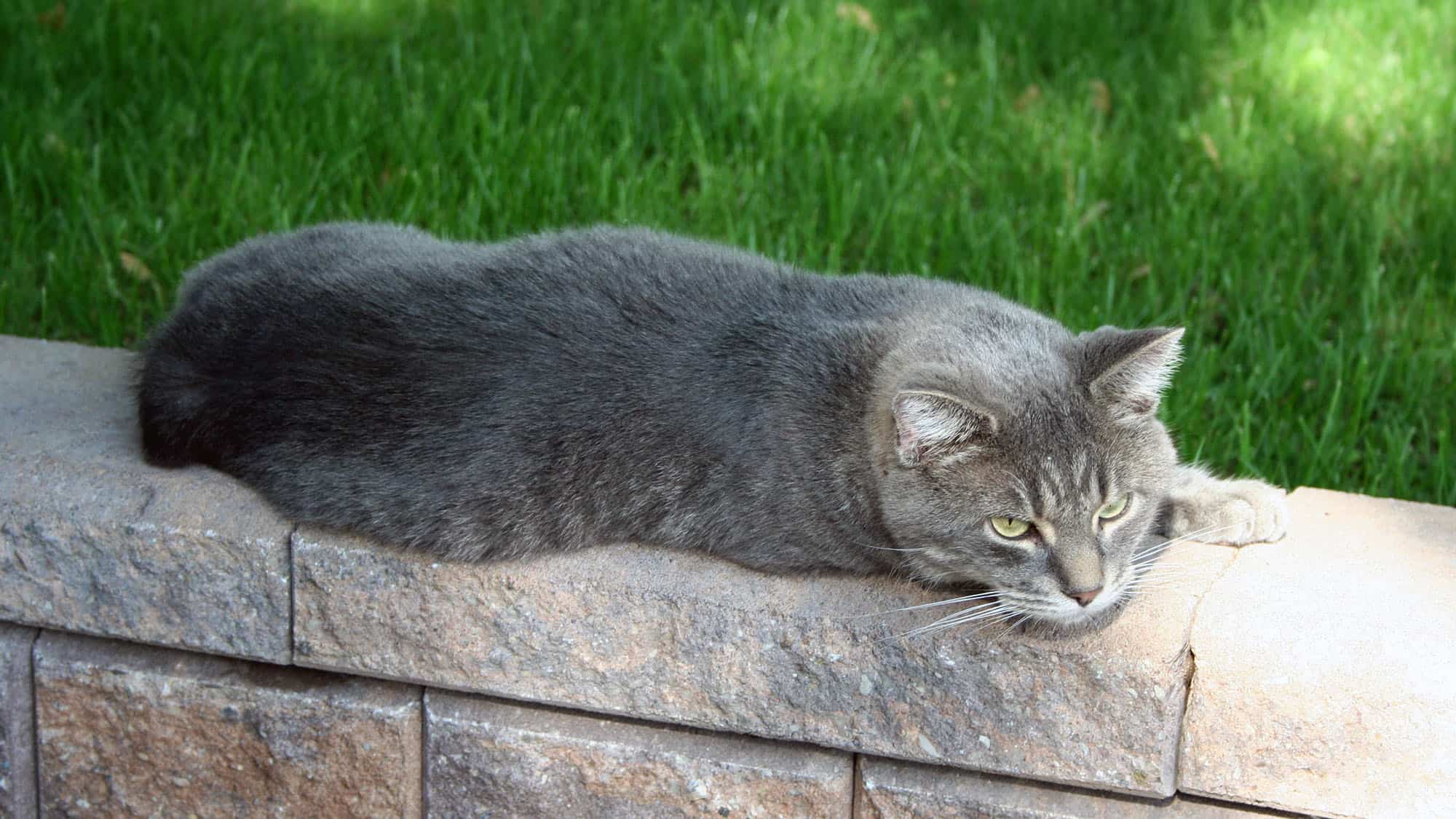 Manx cats are sweet, loving animals that quickly take to their owners. They do well in large families, but make excellent pets for smaller households as well. As long as they get adequate attention, they are happy.

The felines love to cuddle, but they are also energetic. Even without a long tail, the breed loves to jump. You will often find them zipping around your house or yard.

However, as much as they love their adopted families, Manx Cats do not trust strangers. They are extremely shy around those they do not know. It takes quite a bit of time for them to warm up to family friends as well.

Manx cats are a hungry breed. They love to eat, and should be given a well-balanced diet full of proteins, nutrients, and fatty acids. Any premium brand, dry or wet, will do. Raw at-home diets work too.

The cats prefer non-chilled wet food. If your cat is picky around dry ingredients, adding a bit of canned food to the mix can make it more palatable. They can also enjoy certain human foods like tuna or chicken. Just never give them milk, as it can mess with their digestion.

All Manxes, even long haired Manx Cats, are easy to groom. The breed’s short coat is easy to maintain, typically only needing one weekly brushing most of the year. However, you can go up to two or three times a week when your feline sheds.

Manx Cats tend to keep themselves quite clean, but even the cleanest outdoor cats can use the occasional bath. A dip in the tub once every two months or so should be enough to keep their coat shiny.

Many people assume that, due to their lack of tail, Manxes are not able to move like other cats. That could not be further than the truth. The breed has strong hind legs that they use to dart and jump.

While not as playful as other felines, the breed will chase toys every now and then. A few larger climbing objects, such as cat trees or wall mounts, gives them a great outlet as well.

It always helps to give your Manx a bit of exercise each day. Playtime towards nighttime tires them out before bed and will keep them lean.

Most owners assume that cats cannot be taught tricks. However, the Manx is an intelligent breed that eagerly spends time with the family. That gives you an excellent platform to train them.

As long as you are patient, your cat will eagerly learn. In fact, Manxes are one of the few breeds that can be taught to fetch.

Regardless of what you train them to do, shower your cat with positive reinforcement and turn every session into a fun activity. The more they enjoy learning, the easier they will be to teach. 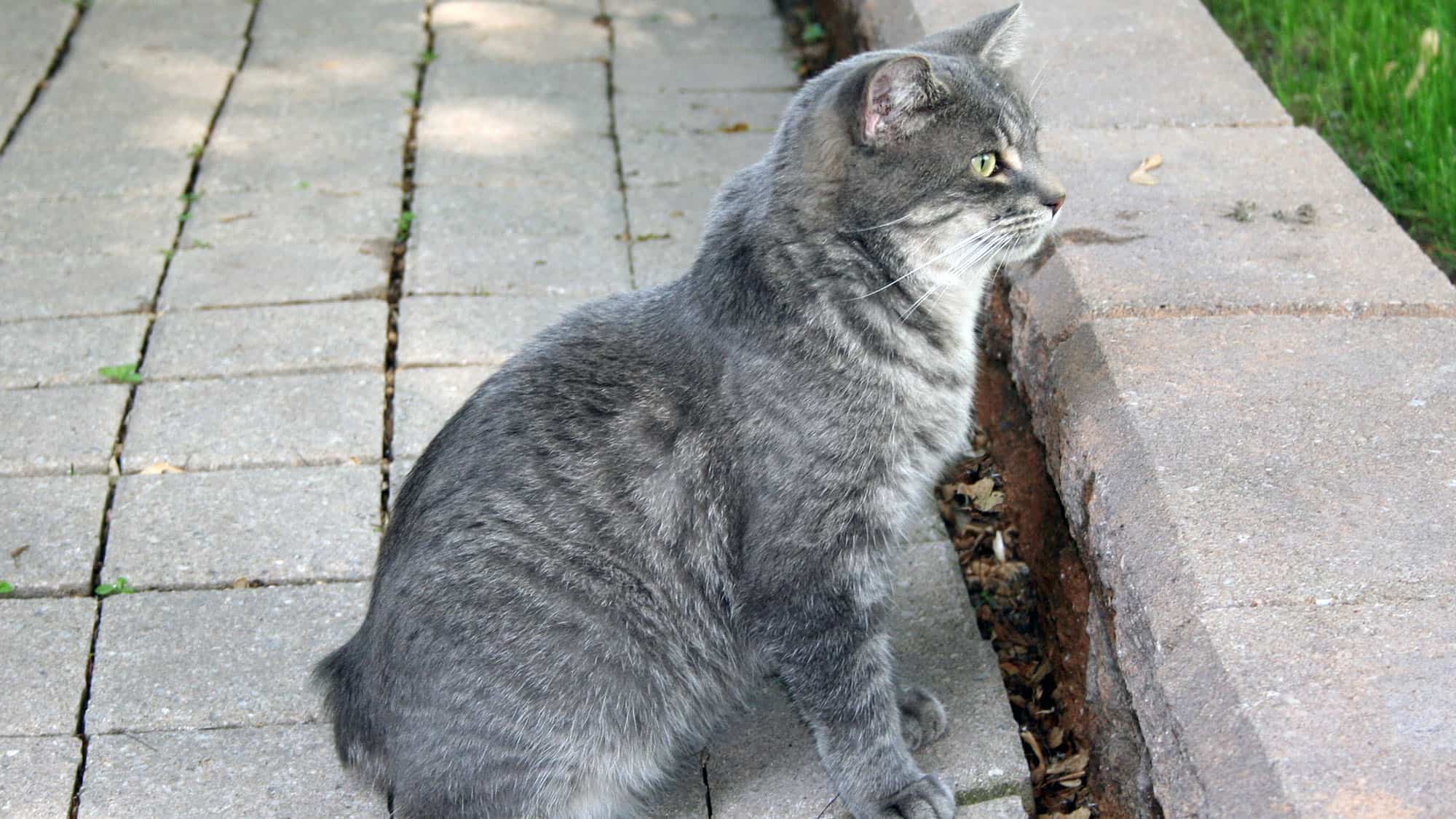 The Manx Cat lifespan ranges from 9 to 13 years. However, though they can live a long time, the cats can succumb to a few serious health issues that are important to track.

The mutation that takes away the Manxes’ tail can also lead to a serious spinal disorder known as Manx Syndrome.

If the cat’s tail becomes too short, it can cause a range of serious, and sometimes lethal, health issues that develop within the first four months of life. That includes, gaps between the vertebrae, fused vertebrae, and a condition known as spina bifida.

There is currently no cure for Manx Syndrome. Rather, most breeders will not place their Manxes until they have a clean bill of health past four months of age.

Arthritis is another issue directly related to the Manx’s short body. While mostly noted in cats with stubby tails, as opposed to ones with no tail at all, all Manxes are prone to the condition.

This potentially painful disorder can be eliminated through selective breeding, but it sometimes slips through the cracks. If your Manx does suffer from the disease, there are certain medicines available to help them live a pain-free life.

Watch your cat for signs of pain while walking or running. If you note any, take them in for a check up.

The Manx’s short tail can also lead to an uncomfortable disorder known as megacolon. This problem comes about because Manxes are much more prone to constipation than other felines.

The breed does not have a full tail, which means they do not have many of the muscles other cats use to push their feces towards the rectum. That causes backups that can last for extended periods of time.

Always be aware of your cat’s bowel movements and be aware of how often they use the litter box. A backed up colon, while not a problem right away, can become lethal if left untreated. 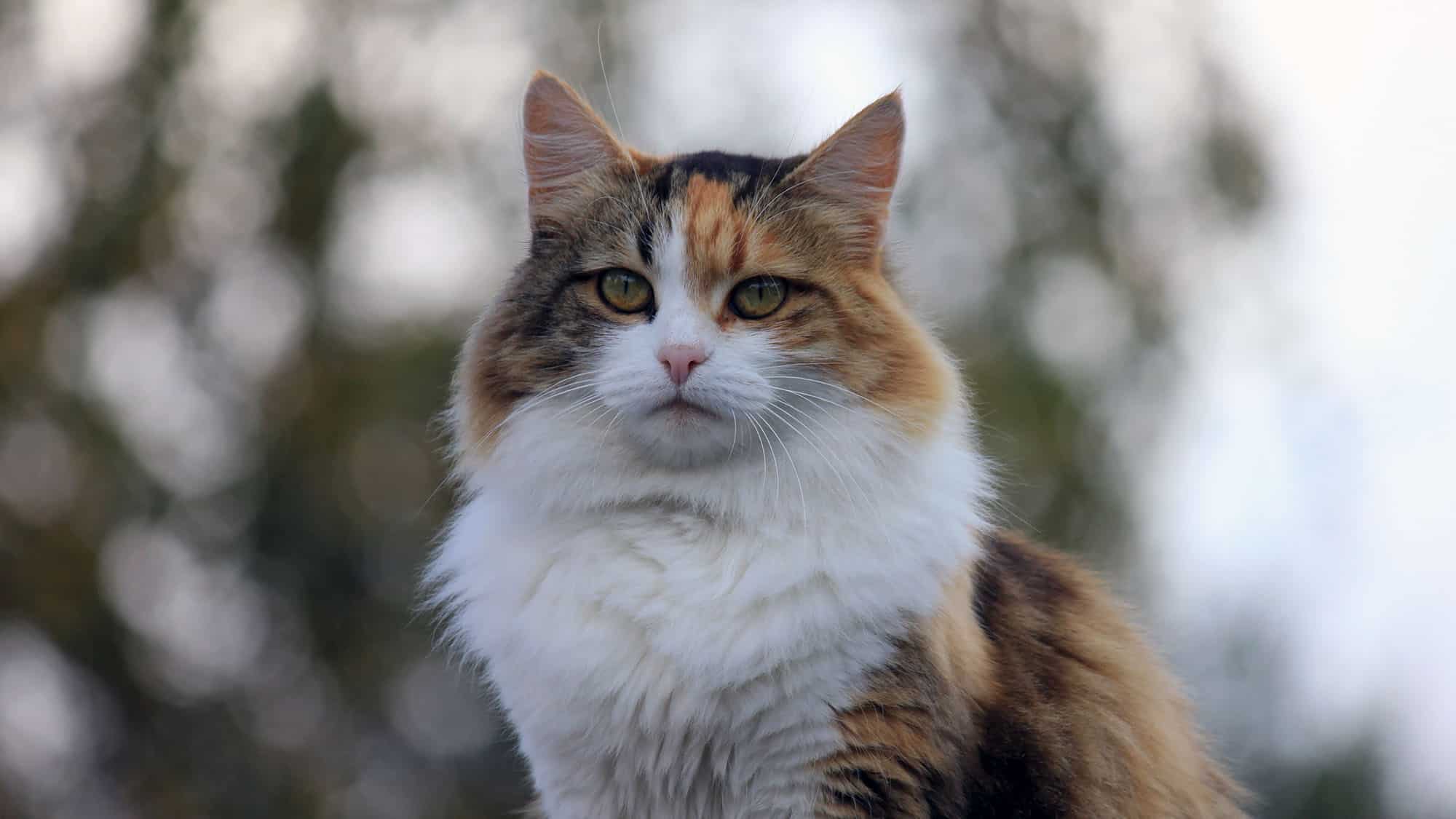 Manx Cats’ affectionate nature makes them great companions for kids of all ages.

The felines love to lounge with everyone in the family, but also have the energy to play. That combination means they can run around with your kids during the day and sleep with them at night.

As an added bonus, the cats have no tail for children to pull. That greatly reduces the risk of any unfortunate accidents, especially when dealing with toddlers.

The cats also do great with any pets they meet as kittens. Their natural distrust of strangers makes them wary of any animals they come into contact with later in life, but that does not diminish their friendly nature. They can be raised alongside both dogs and cats.

5. The History of the Manx Cat

There are many folk tales around the Manx cat, but their exact origin is shrouded in mystery.

We know they first came from the Isle of Man, which is where they got their name, and that they are one of the oldest cat breeds on Earth. They existed on their own for centuries before spreading around the world thanks to trading ships that moved between Europe and Asia.

From there, the breed became popular as show cats in Britain during the late 1800’s. It was just after that, around 1903, where they were officially recognized as a breed. They were also one of the first cats in the Cat Fanciers’ Association when it formed in 1908.

Manxes were bred in the United States during the 1930’s and have only gained popularity since that time.

6. The Regular Expenses of Owning a Manx Cat

Manx kittens from a reputable breeder typically sell for between $400 and $600.

Manx Cats are not quite as popular as other breeds. As such, many organizations work to give the felines a proper home.