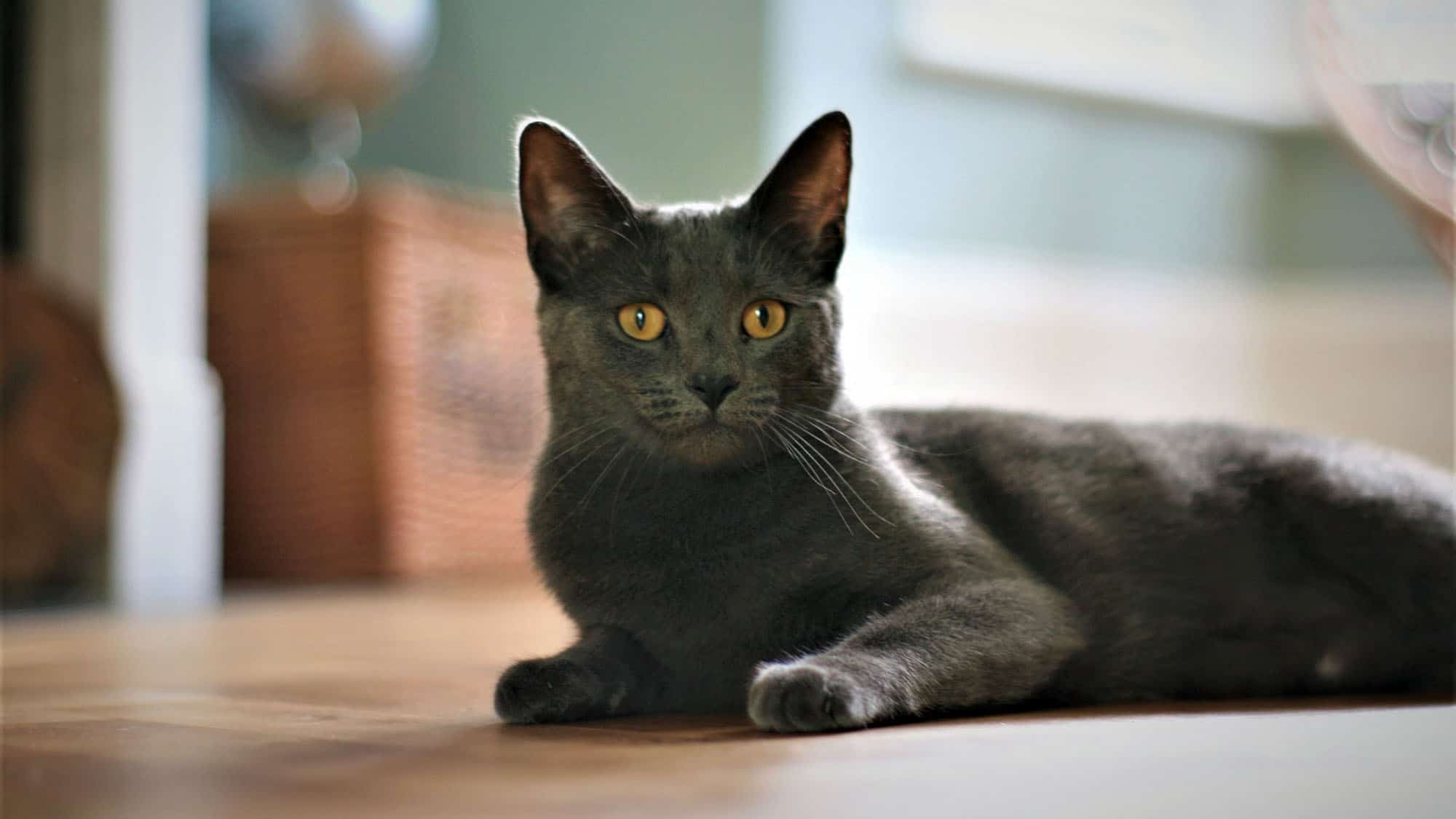 The Korat Cat, also known as the Malet, is a unique breed that comes from the northeast corner of Thailand. Originally believed to be good luck, the cats spread out across the world due to their affectionate personality and cuddly demeanor.

The breed is marked by its blue-grey fur, heart-shaped head and bright green eyes. Though the Thailand cats tend to cuddle with their owners, they also have an energetic personality and love to roam.

Korats are independent creatures with excellent memories. Not only can they learn tricks or commands, they also have the unique ability to find their way back home no matter how far they travel or lost they get.

This is the perfect breed for owners who want a low-maintenance pet that will also actively become apart of the family. 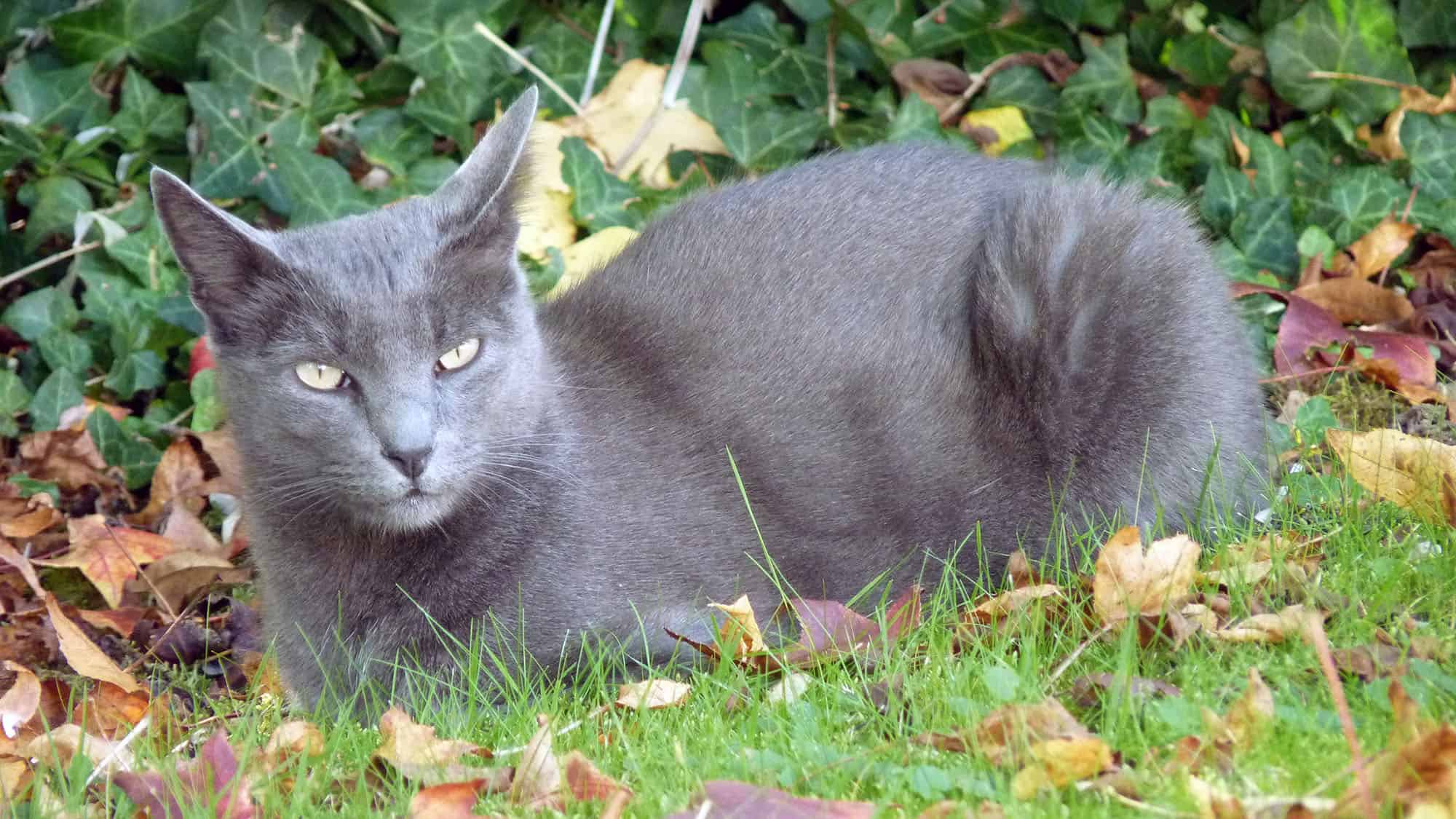 The Korat cat personality is both loving and independent. The breed is smart and enjoys being around people. That intelligence gives the felines great memory, which is important for any independent breed that likes to wander.

Though they put up with strangers, Korats tend to form strong bonds with their owners. They will spend a lot of time cuddling, and are much more of a lap cat than anything else. They do like going off on their own from time to time, but always prefer to be back with humans they trust as the end of the day.

Korats are not a particularly vocal breed. Even so, they do make a series of noises, from chirps to soft meows, from time to time. This commonly comes about when they want attention.

2. How to Care for a Korat Cat

Unlike breeds that are able to get a wide mix of food, Korats need a steady diet of fat and protein. Though there is no exact measurement for this, it is best to find brands that contain 20 percent fat and 25 to 30 percent protein.

Kittens do best when eating food made for the early years in life, while older cats can have a more regular diet of any brands that fall in line with the above measurements.

Your Korat should get a small meal at the start of the day and one at dinner time. Keeping a solid schedule is important, as is watching your Korat’s weight. It is easy to overfeed indoor cats. If you see that your feline putting on pounds, simply scale back.

Korat’s have a short single coat that requires very little maintenance. They rarely require baths and only need to be combed roughly once a week to get rid of any dead hairs.

Brush their teeth about once a week to prevent gum disease. In that same time frame, wipe down the corner of their eyes with a damp cloth and clean their ears with a cotton ball or soft rag. Do not use swabs, however, as they can harm the inner ear.

It is important to trim their nails once every two weeks as well.

Korat cats love to play. The felines, while not as active as some other breeds, do need to be run around each and every day.

There are many ways to give your Korat kitten the exercise it needs. Toys go a long way with the breed, as do fun objects that get them up and moving. Stairways, climbing posts, and feather wands will get them running in no time at all.

Korats also enjoy walks. Taking them on short trips is a great option for owners who’ve leash or harness trained their cat.

The breed loves to give affection, but only on its own terms. Korats can be quite headstrong, which makes them tricky to properly train.

Even so, if you put in the time and effort you can get yours to play fetch, walk on a leash, and even learn different tricks.

The basic rules are to reward your cat for good behavior with a small treat, and then use negative reinforcement, such as scolding, when they do something you don’t like. 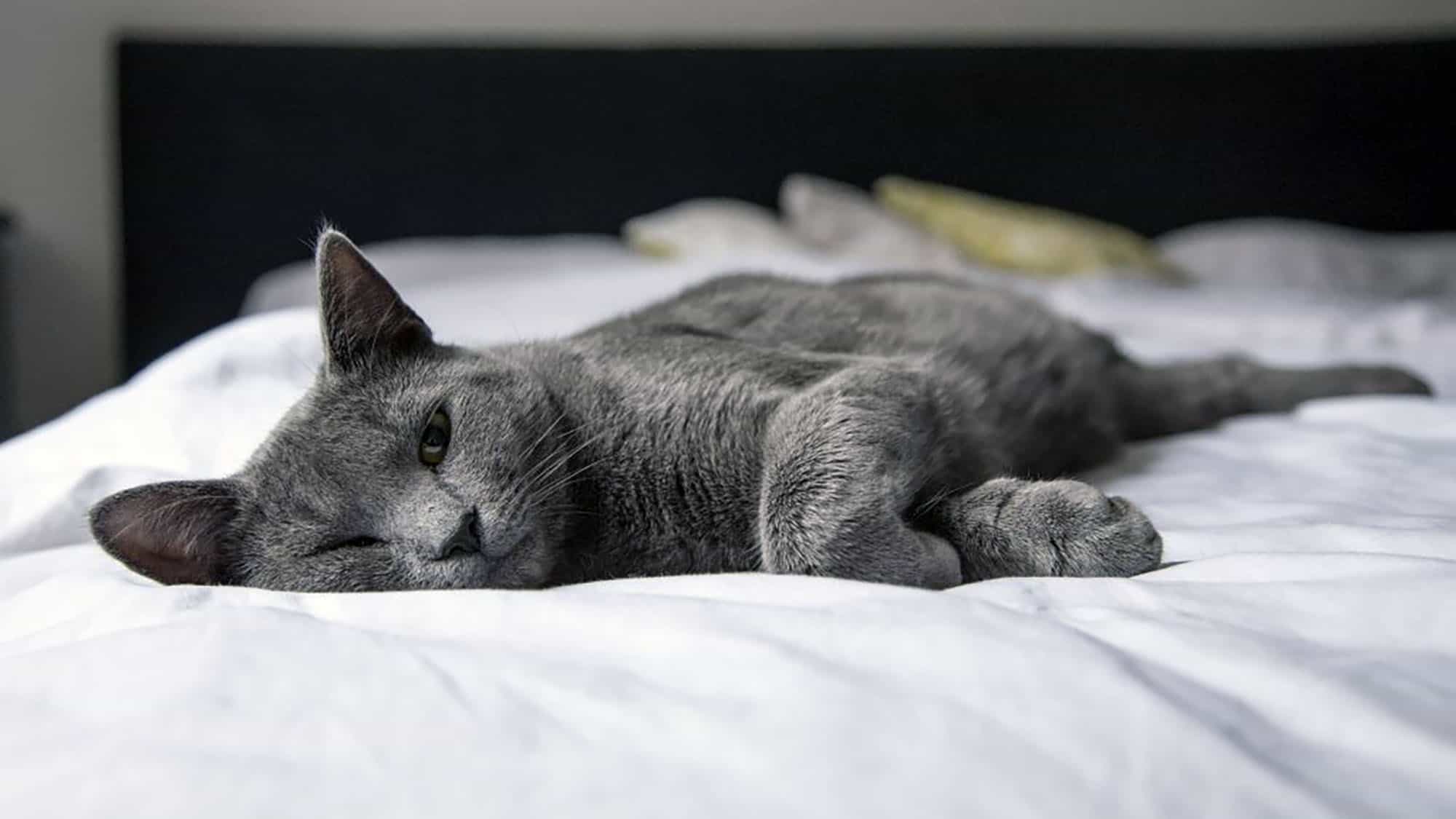 Korat cats tend to live long, healthy lives. However, they do have a few more serious health issues that are important to know about when welcoming them into your home.

Gangliosidosis, also known as lysosomal storage disease, is a genetic condition that occurs when Korats don’t have the enzymes to properly run their nervous system.

That then leads to a breakdown of neurological function and manifests in symptoms such as side-to-side movement of the eyes, erratic walking, an enlarged liver, and tremors. If your cat shows such symptoms, it is best to take them to a vet right away.

As clean as cats are, they do not take care of their teeth. Many breeds develop dental issues throughout their lifetime, and Korats are no exception.

The breed will get food stuck in their teeth, which then leads to the build-up of plaque and other issues. The longer such problems go untreated, the more serious they become.

Dental disease can lead to small problems like bleeding gums, but it can also lead to tooth loss and internal organ failure. Brushing your cat’s teeth once a week will stop those problems before they develop.

Korats are susceptible to heart disease as well. The genetic condition, which is found across the breed, is not easy to spot due to how well cats hide symptoms.

Always monitor your Korat, and be on the lookout for lethargy, poor appetite, or rapid breathing. If your feline develops any such issues it is important to take them into the vet as soon as possible. 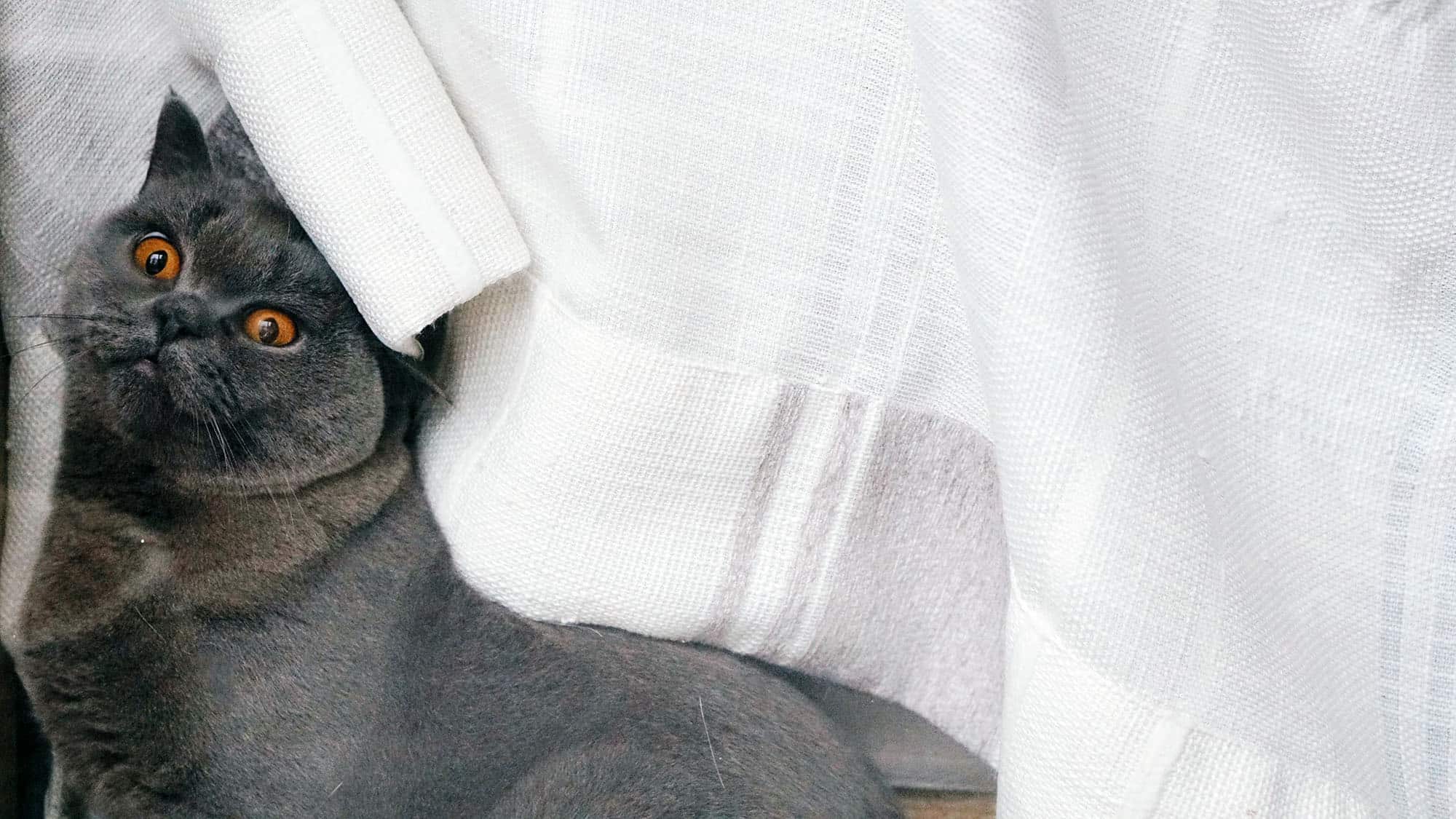 The Korat is a gentle animal with a kind temperament. They enjoy being around humans, including children. In fact, the playful animals will actively bond with any kids they’re raised around.

Even young toddlers, though they should never be left alone with the animals, can enjoy time with the breed as long as they respect their space.

That being said, Korats are quite stingy when it comes to other breeds. They don’t mind sharing their space with multiple cats, but they need to have their own toys if they’re going to do so.

The felines, while normally affectionate, are extremely aggressive when other pets try to play with any objects that they view as their own. The breed does not do well with dogs, but they may be more accepting if raised alongside a puppy.

5. The History of the Korat Cat

Korat cats hail from the island of Thailand, where they were first used as good-luck charms. Also known as the Si-Sawat cat, the breed dates back to the 14th century. There, they were given as gifts to brides due to their association with fertility.

Though no one is sure when the cats first traveled west, ancient books show Korats in Britain around the late 1800’s and they first crossed to America in 1959.

They were not very popular when they first came to the states. To fix that, the Korat Cat Fanciers Association worked hard to promote the breed throughout the 1960’s. That then legitimized the feline and enabled them to be accepted in homes across the world.

6. The Regular Expenses of Owning a Korat Cat

Most Korat breeders have Korat cats for sale at around $400. However, that number can increase based on the seller’s quality and reputation.

Korats are an exotic, affectionate breed. Many organizations work with the felines to ensure they find themselves in warm and loving homes.