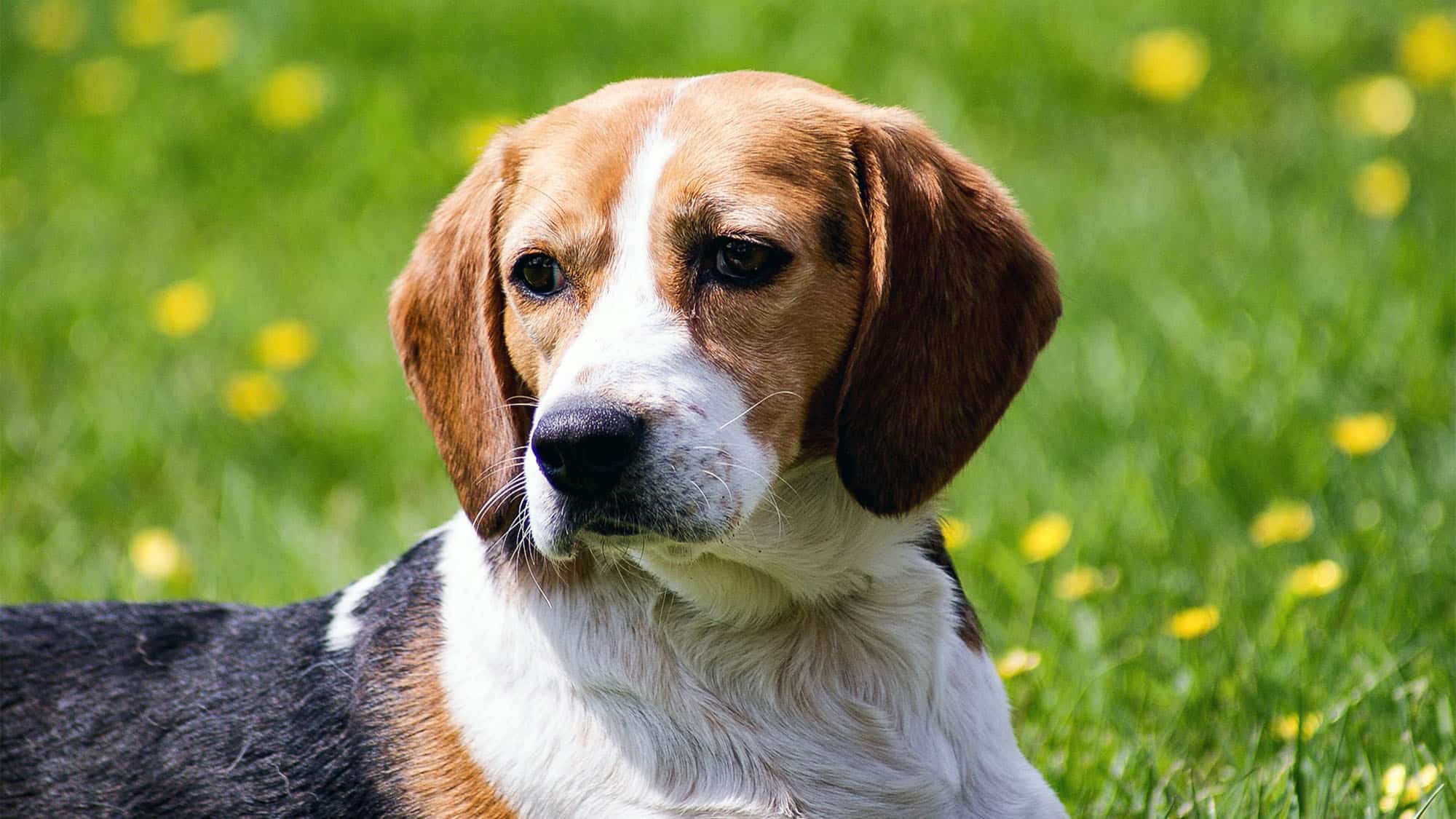 Few dog breeds are as well known as the beagle. The adorable canines are not just great companions, but they also serve as wonderful additions to any home.

Naturally energetic, the dogs need a lot of energy to thrive. They love going on walks, but will actively run when given ample room. They are obsessed with smells and will spend time tracking all sorts of interesting scents when given the chance.

Some may wonder “how big do Beagles get?” The small breed only weighs around 20 pounds and stands just 13 inches off the ground. As such, they take up very little room and are perfect for big and small homes alike.

Though the breed is commonly associated with the tan & white color combination, there is so much more than the Standard Beagle pattern. That includes the Blue Beagle, Spotted Beagle, and White Beagle. Silver Beagles, Tri Color Beagles, and Chocolate Beagles exist as well. 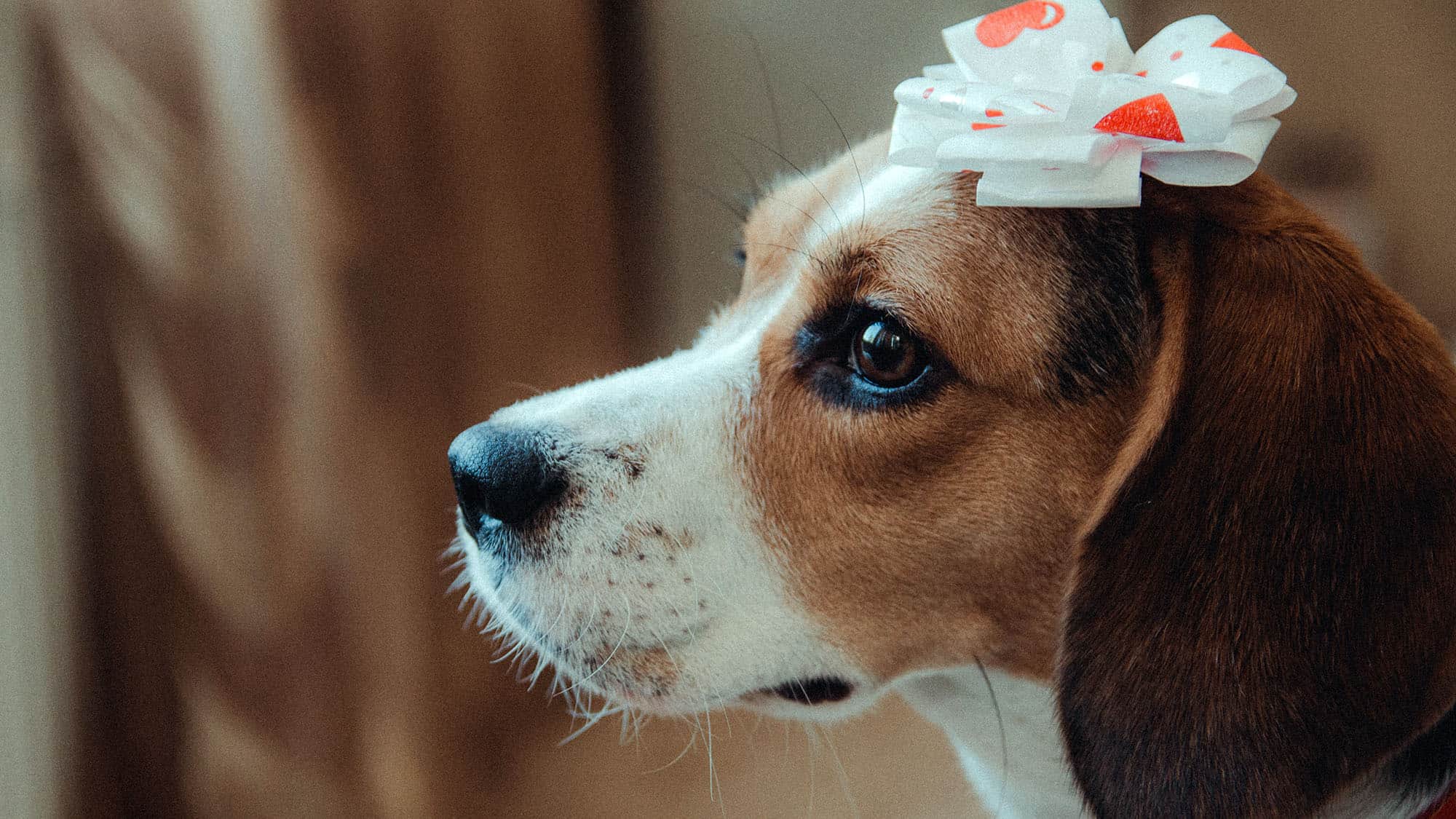 Beagles are even-tempered dogs that sit somewhere between overly energetic and mild-mannered. They can be hyper, but a bit of running around will quickly tire them out.

The breed is also incredibly loyal to people they trust. First bred as pack dogs, the canines need company to make it through the day. Once they accept a family, they bond right away. Just note that, due to their friendly nature, beagles do not make great guard dogs.

Beagles can also be quite loud. The dogs love to bark and will often let you know what they’re feeling. That can grow worse if you leave them alone for too long. The dogs need stimulation and can be quite destructive if not given proper attention.

For that reason, it is important to invest in an indestructible dog bed when raising a beagle.

2. How to Care for a Beagle

Beagles are small dogs, but they need a good amount of food to keep up with their quick metabolism. On average, you should feed your pup between 674 and 995 calories a day. The exact number depends on your dog’s weight, as well as the amount of exercise they get on a regular basis.

As the dogs are scent-driven, they are not picky about what food they eat. The best dog food for beagles tends to be dry kibble, as it cleans their teeth. However, certain protein-rich wet options work as well. You can find the best options here.

If you’re worried about weight. It is best to feed your dog a strict diet filled with high-end organic food rather than free-feed.

You will never see a long haired beagle. The breed has a short coat that is simple to maintain.

Beagles do not need a lot of grooming, but it is important to bathe them once every three weeks.

First bred as scent hounds, beagles are used to spending time roaming. They actively seek out interesting smells and love following interesting trails. For that reason, it is important to take them on daily walks. Around the neighborhood should be enough, but they also relish trips into nature.

Short cardio workouts also go a long way with the breed. These should be mixed in with walks once or twice a week.

If you do not have a yard, it is also important to play with your pup whenever possible. The dogs love games and will actively engage in activities like fetch or tug-of-war.

Beagles have many wonderful traits, but their stubbornness is not one of them. The canines, while cute and cuddly, are one of the more difficult dogs to train. Not only do they become easily distracted, but they are also naturally disobedient.

They can be trained, but it takes work and determination. Always be sure to start them as puppies to increase socialization, and be patient with the process. 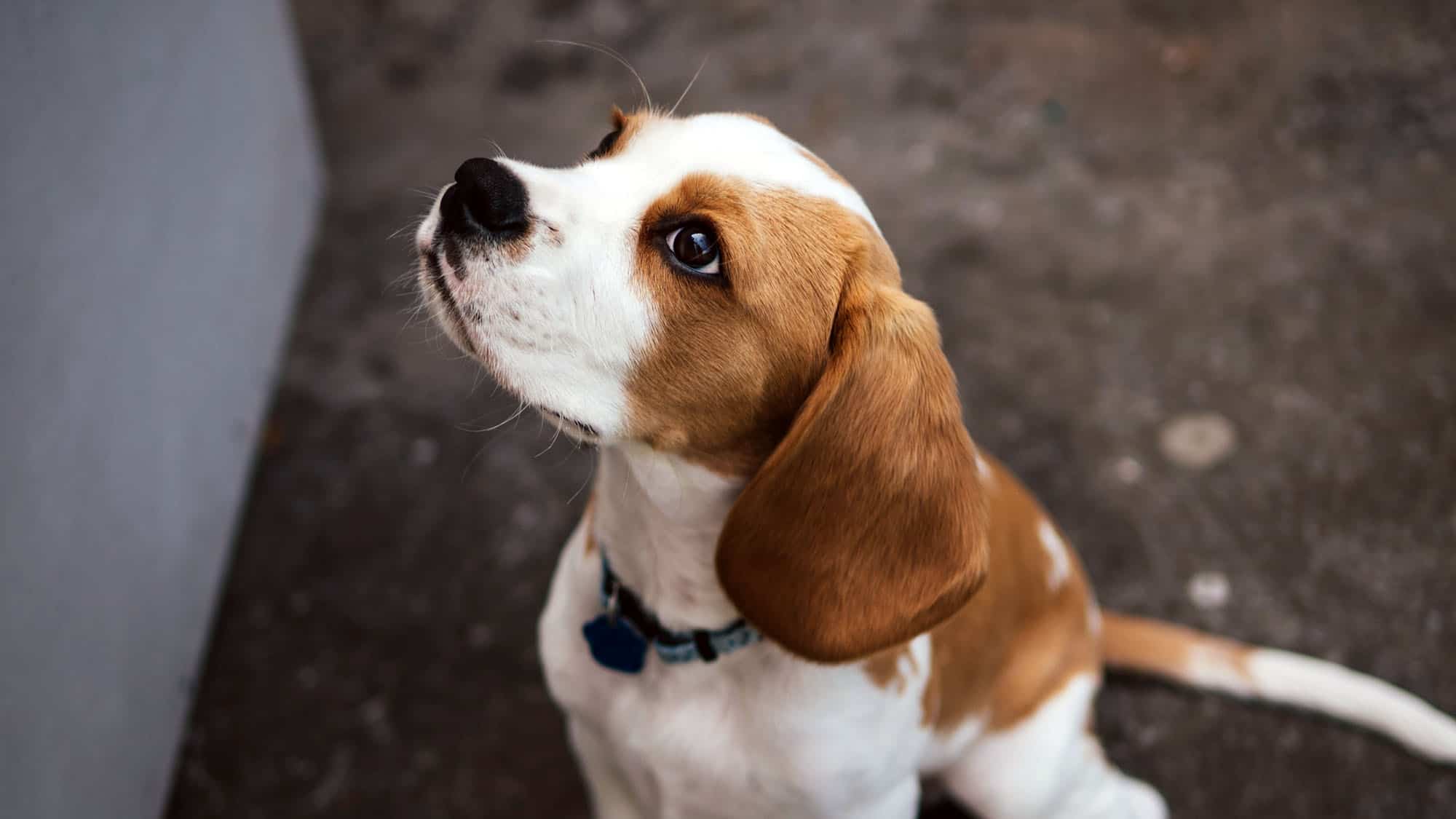 3. Common Health Issues of the Beagle

The average lifespan of a Beagle sits between 12 to 15 years. Even so, they do suffer from a few nagging health issues that any prospective owner should be aware of before adoption.

PRA is a degenerative eye disorder marked by loss of photoreceptors in the back of the eye. It causes blindness, and can become a big problem even if detected early.

There is no way to combat progressive retinal atrophy when it sets in, which means prevention is the best way to stop it. Always get your dogs from reputable breeders and do your best to check their health before adoption. Yearly vet checkups are also important.

The Beagle life expectancy is most affected by a condition known as intervertebral disk disease. This occurs when the jelly-like inner layer of the spinal column moves out into the canal and pushes on the cord. That then causes structural issues and leads to painful situations.

There are many ways intervertebral disk disease manifests itself. Sometimes it only causes minimal pain, such as neck irritation, and sometimes it leads to sensation loss, lack of bladder control, and even paralysis.

As such, this is something to stay on top of while owning a beagle. Always pay attention to your dog’s movement and be aware of any pain around the spine.

Also known as “slipped stifles,” patellar luxation is a common issue in many small dogs. It occurs when the patella, which is made of three parts, does not line up in the way it is supposed to.

The condition has four levels that vary in severity. The first causes temporary lameness, while the fourth makes it so the patella cannot be realigned without surgery. In both cases, the intense rubbing often leads to arthritis.

If your beagle has a bow legged appearance or walks in a strange way, this is something to consider. Take them into the vet as soon as you can. 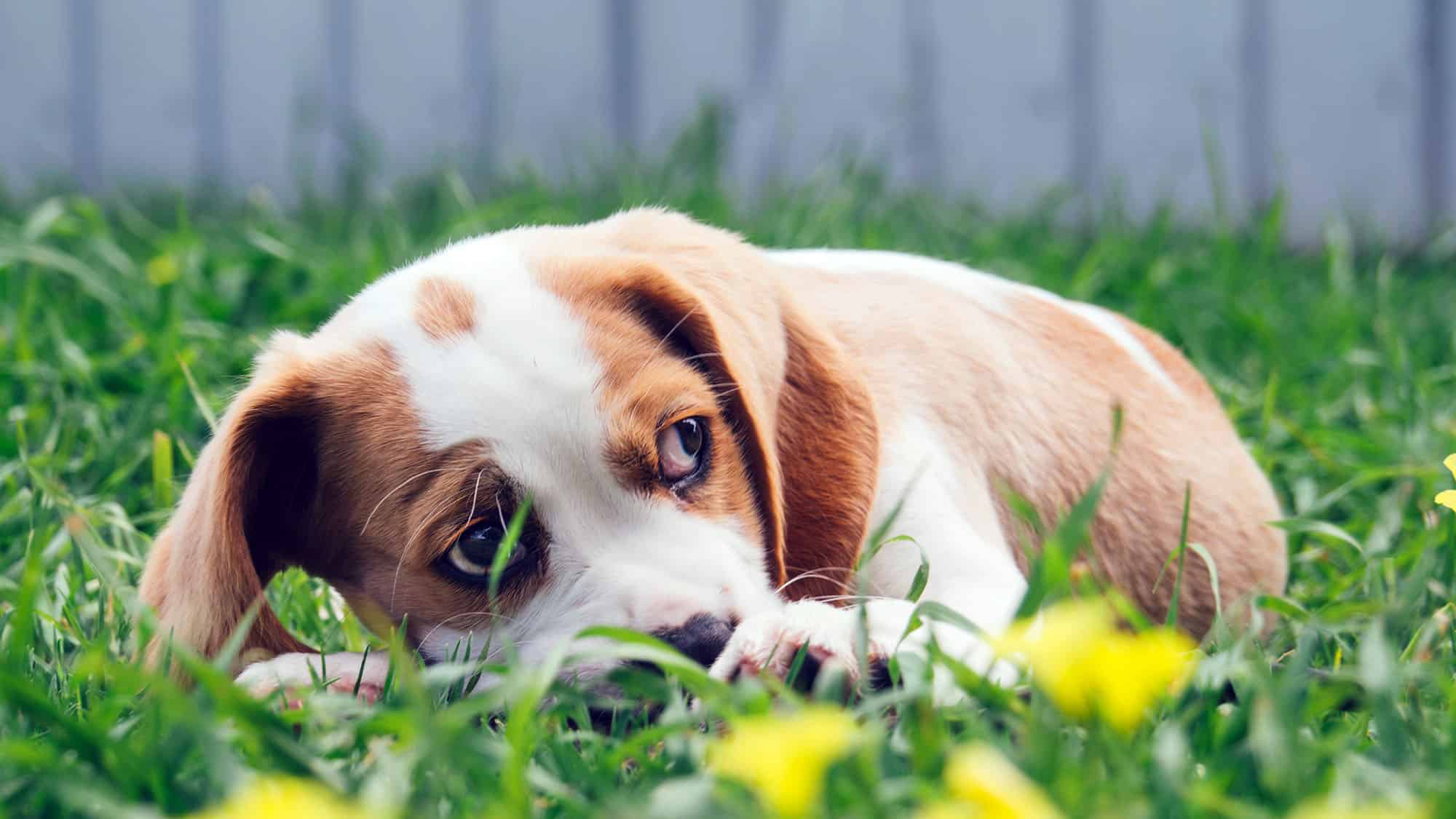 Beagles, due to their high energy and bountiful affection, get along well with children. Though they can be a bit much for toddlers, they will spend hours running around with older kids who can hold their ground.

The dogs were bred to work in packs. Not only does that mean they thrive in a full house, but it also means they actively enjoy being around other dogs. The breed gets along with breeds of all sizes, especially ones they are raised with.

However, as they were first trained as scent hounds, the canines do not make good companions to smaller animals like rodents. It is best to only have them with larger dogs or cats. Anything else will not mesh with the breed.

5. The History of the Beagle

There are many types of Beagles out there, but nobody is sure where the breed first originated. Though there are some theories, historians know the purebred Beagle we have today came about during the 19th century.

The dog’s lineage started in England during the 1300s. There, they were popular lap dogs for the nobility until the 1700s until they fell out of favor due to the rise of Foxhounds. However, farmers kept the Beagle hound going due to their ability to hunt rabbits and hare.

American breeders began to bring the dogs across the ocean during the early 1800s. They were then given official standing by the Kennel Club in 1884. From that point, they became extremely popular all across the country.

Their playful nature made them great for the suburban family, while their hunting past made them perfect for rural communities as well.

If you are interested, here are more Beagle facts that further explain their history.

6. The Regular Expenses of Owning a Beagle

Breeders sell beagle puppies for between $800 and $1500. Though they can go a bit outside of that range, it is rare.

There are many great organizations who spend their time trying to unite beagles with loving owners.