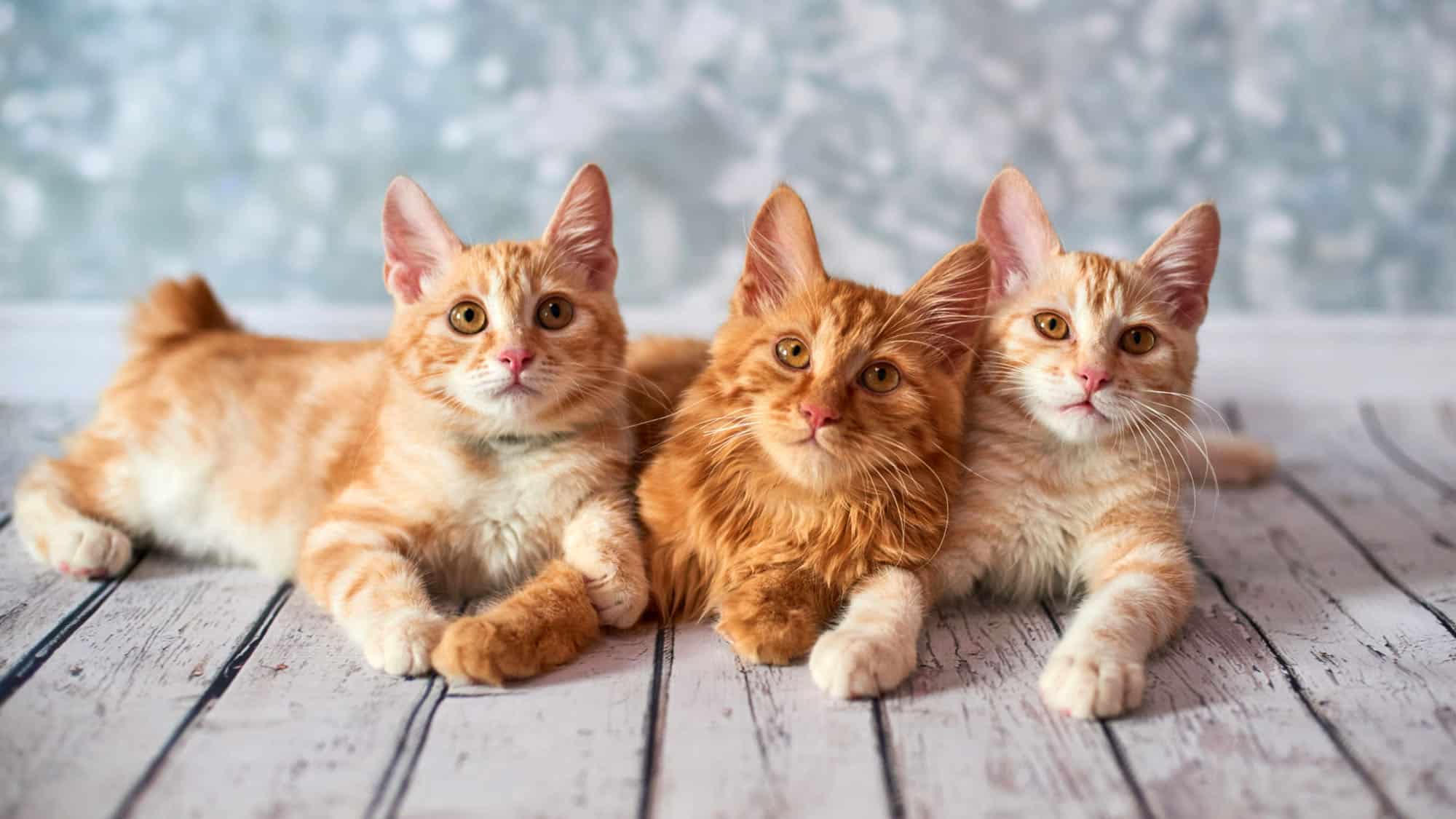 A rare but beautiful breed, the American Bobtail Cat is a playful animal that loves to spend time with people. The cuddly cats enjoy lying with their owners, and they will spend extended periods of time on the couch or bed.

While distinct in many ways, the felines are known for their small tail and short body. However, despite that stunted appearance, they are not Manx.

The cats love to run and play like any other breed. They need to climb and run around in order to stay in-shape, and will seek out activity where they can find it.

Despite that wide variety, ever domestic Bobtail Cat shares the same affection for their home. 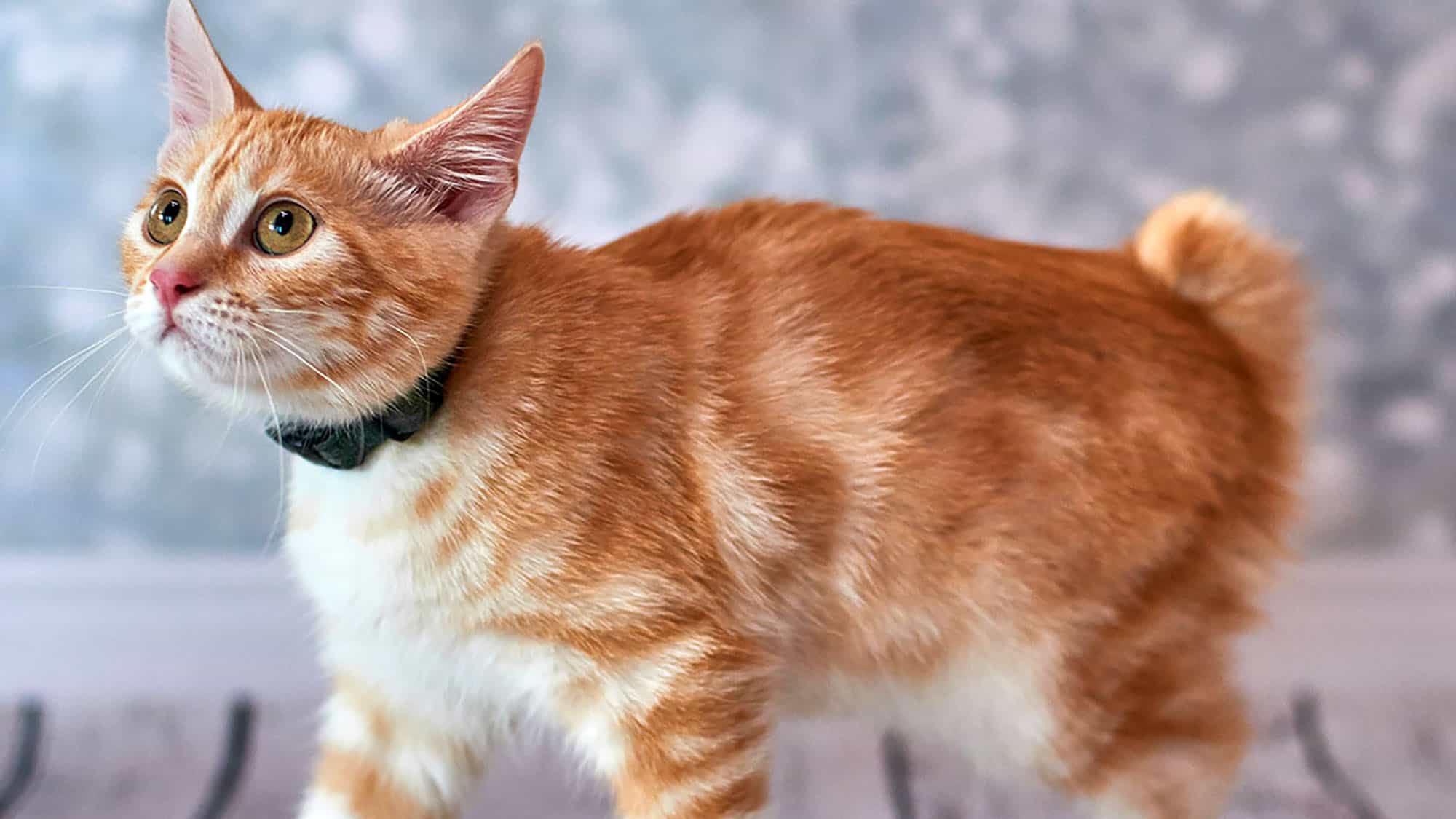 The American Bobtail personality can be best described as gentle. The cats are sweet, intelligent creatures that actively enjoy the company of humans. Though many feline species are known for their solitary personalities, American Bobtails are much more affectionate.

They are lap cats that love to sit and spend a lot of time with their owners. Not only will they lie down on the couch or bed, but they will meet you at the door when you come back home.

However, that does not mean the cats don’t do well on their own. The breed loves attention, but they also don’t mind exploring. It is not uncommon to find them prowling around the house or yard.

2. How to Care for an American Bobtail Cat

As they are an active breed, American Bobtail Cats need meat to thrive. To support that, their food should contain roughly 25 to 30 percent protein content.

In addition, your Bobtail’s food should have a decent amount of fat to promote both hair growth and healthy skin. Also do your best to find brands that pack their food with fruits or vegetables as an extra source of nutrients.

Rather than sticking to a strict feeding schedule, Bobtails enjoy small meals throughout the day. It is best to leave food out for them in the morning so they can eat when they want.

American Bobtails, as their name suggests, are cats with short tail and short hair. As such, grooming the cats is not as involved as it is with other breeds.

You should brush your Bobtail once each week during the colder months of the year, and then increase that frequency to a few times a week during the warmer months. That will cut down on shedding and keep their coat fresh.

Brush your cat’s teeth quite often and swab down their ears with cotton balls when they get dirty. Though a bath won’t hurt every once in a while, Bobtails do not need to take a dip as much as other cats. Once every few months should be fine.

While they don’t mind spending their days inside, American Bobtails need a decent amount of exercise. The breed loves to both climb and run. A cat tower goes a long way here, as do special climbing wall fixtures that give them vertical space.

The cats are also quite intelligent. Certain puzzles, such as food mazes or treat prize games, will keep them involved for hours at a time. They also respond well to harnesses and don’t mind going on walks.

As strange as it might seem, American Bobcats do well on a leash. However, this training can make them uncomfortable if introduced later in life. Always start training on an American Bobtail kitten rather than an adult, even if it just means walking them around the house.

The breed also does a great job with litter box training. Though they can be trained to go outside, as long as you’re diligent and they know where the litter box is, you’ll have no issues. 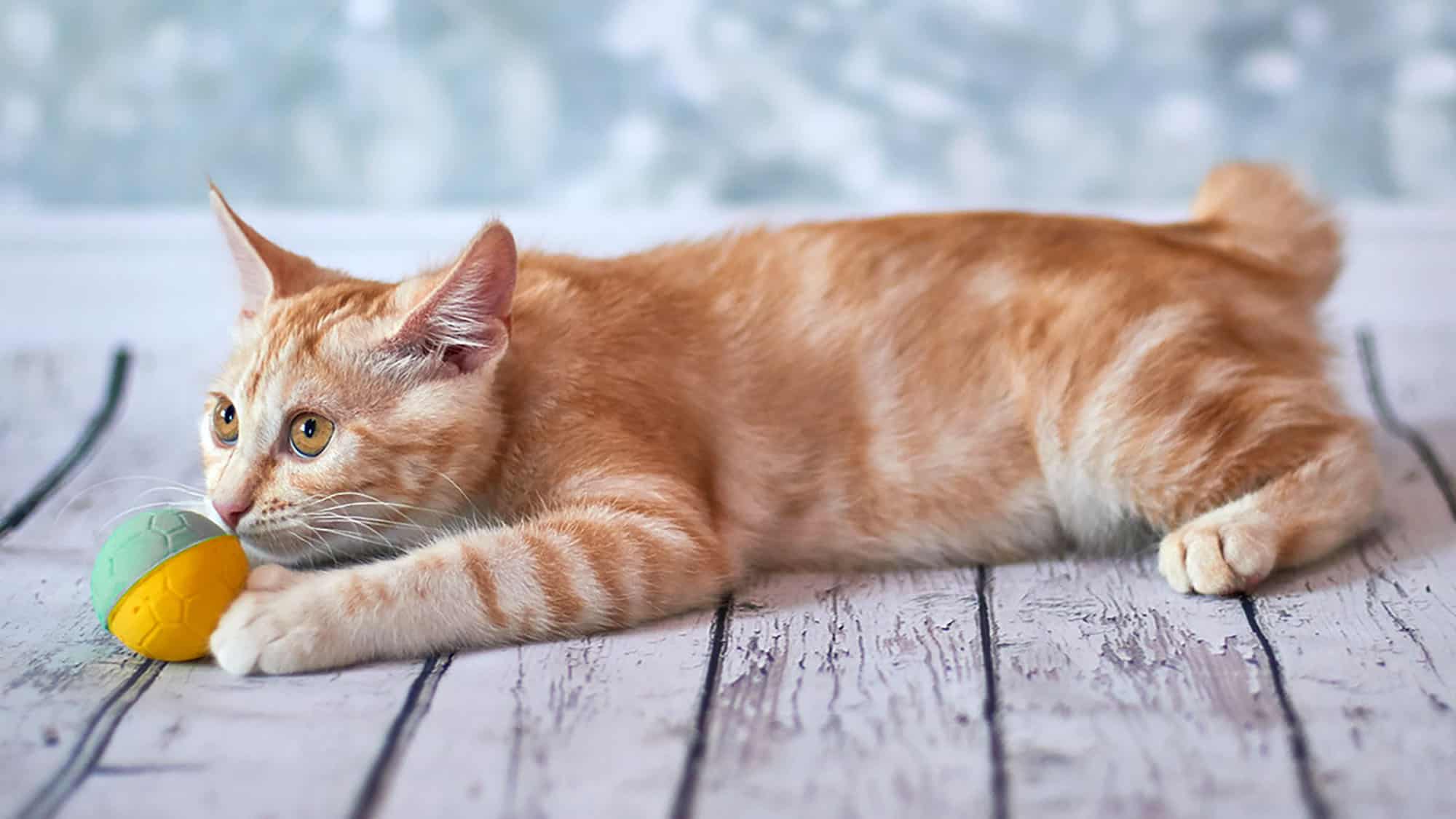 The American Bobtail, while cute and cuddly, is prone to a few minor health issues all owners need to keep an eye on.

American Bobtails are prone to a condition known as hip dysplasia. The hereditary disease is a condition that causes weakness within the hip joints, which then leads to movement problems and eventual arthritis.

Though hard to catch early on, hip dysplasia is quite painful as it develops. Always monitor the way your cat moves and be aware of any crippling or lameness in their legs. Inactivity may be cause for concern as well.

Sometimes Bobtails are born with no tail at all. Such cats, known as “rumpies,” are much more susceptible to certain skeleton-related health problems.

For instance, the tailless cats have shortened spines. That puts extra pressure on the body and can lead to increased or uncontrollable diarrhea. Breathing and movement problems may occur as well.

If you own a rumpie, it is important to keep a close eye on their general health through regular check ups.

American Bobtails can also contract Polycystic Kidney Disease (PKD). The condition, which comes about as a result of cysts on the kidney, can lead to a range of serious health issues if untreated for too long.

Cats with the condition tend to exhibit increased thirst, nausea, vomiting, weight loss, lethargy, high blood pressure, and may have blood in their urine. If your Bobtail shows some or all of those signs, it is important to take them in for a checkup right away. 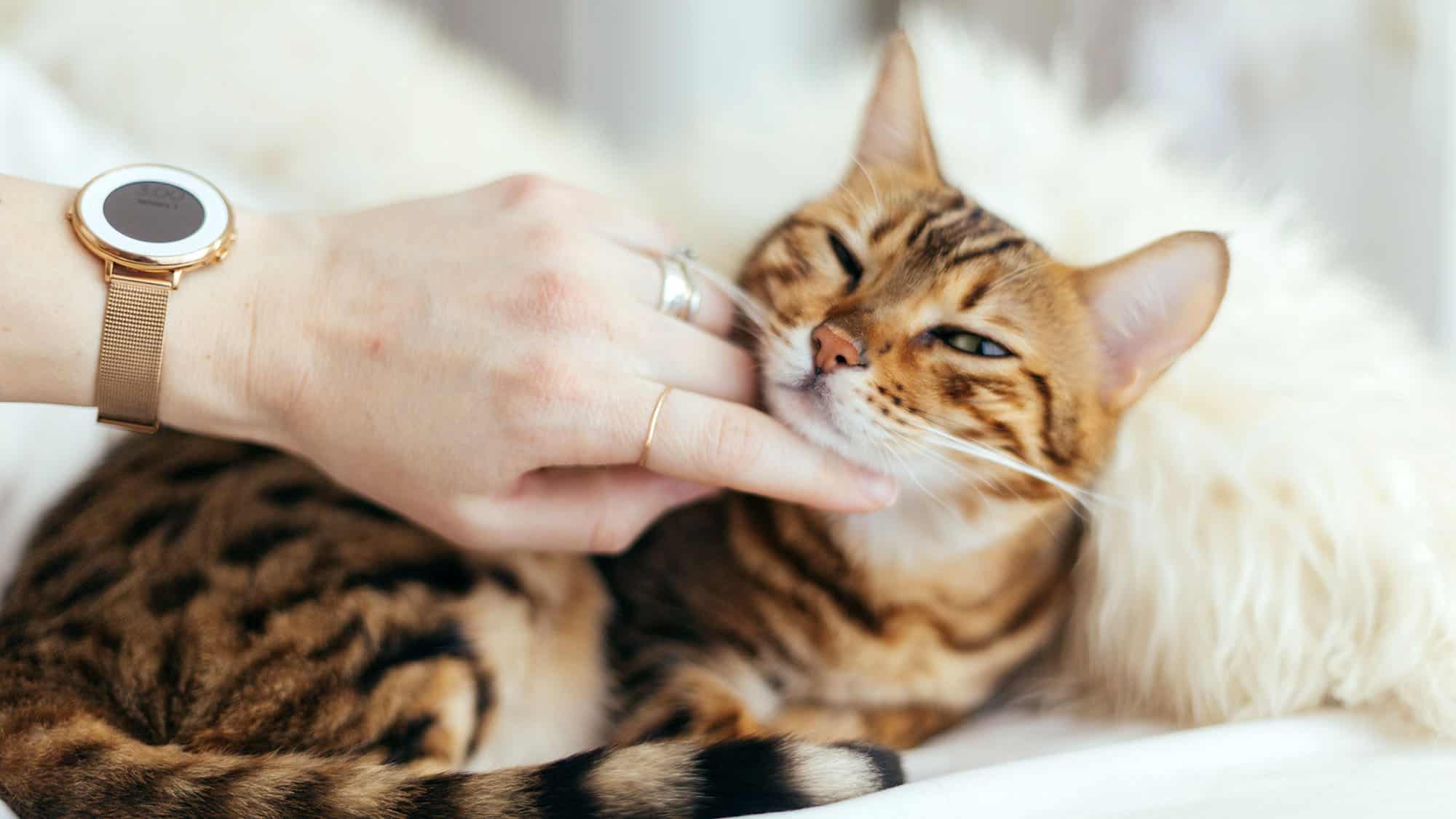 American Bobtails cats are loving felines that greatly enjoy the company of everyone in the family, including children. The breed is extremely playful and will spend hours running around the house with your little ones.

However, be careful about leaving your cats alone with smaller kids. Though American Bobtails are affectionate, they will scratch or bite if threatened or hurt. It is best to only expose them to children that understand the best and most effective ways to deal with animals.

The American Bobtail’s affectionate nature extends to dogs as well. While you never want to mix the cats with rodents or other small animals they can hunt, the breed gets along with dogs both small and large.

5. The History of the American Bobtail Cat

The American Bobtail is a relatively new breed. In fact, the International Cat Association did not accept them into its database until 1989, and the cats did not receive full recognition until 2002.

The felines first came about in America during the 1960’s. Nobody is sure of their origin. Rather, breeders found the first American Bobtail at a hotel in Arizona during that decade.

Many speculated the animal came about from the mating between a housecat and bobcat, but that is extremely unlikely. The distinct short tail most likely came about through a sudden and odd mutation.

The first Bobtail bred with a Siamese cat to create the start of the modern breed. Though most of the original litter became unhealthy due to inbreeding, a few breeders worked hard to isolate healthy genes.

Those cats gave rise to the modern Bobtails that exist today.

6. The Regular Expenses of Owning an American Bobtail Cat

American Bobtail Cats, as a rare breed, tend to cost between $650 and $1000. However, they can go for a bit beyond that in some regions.

American Bobcats are quite rare. Even so, a few rescue groups work hard to unite any strays with owners around the U.S.